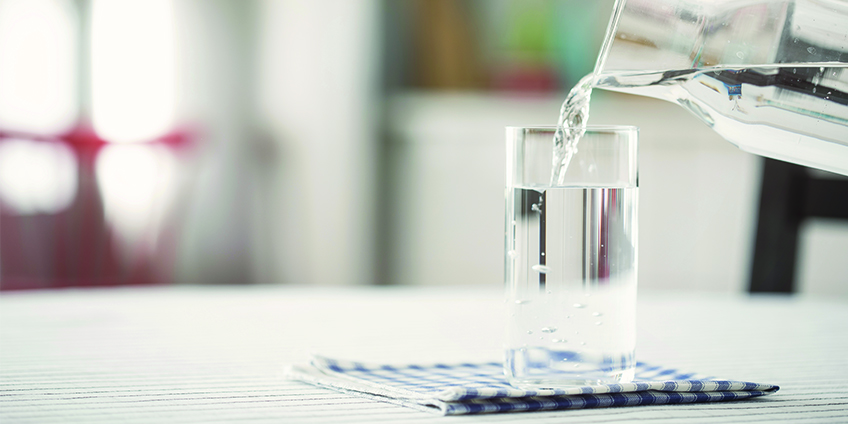 By now, most people know about the huge roles leaky gut and diet play in autoimmune disease.

However, these aren’t the only pieces of the puzzle! Toxins are also a common root cause of autoimmunity, especially in the more complex cases.

If you’ve already taken steps to heal your gut and optimize your diet, but are still struggling with symptoms, it may be time to explore your toxic burden.

So let’s look at how toxins cause autoimmune disease, 3 toxins research has linked with autoimmunity, and how to detoxify safely.

How Toxins Cause Autoimmune Disease

We know that environmental factors, including toxins, infections, diet, stress, hormones, and more play a huge role in triggering and worsening autoimmune disease.

In fact, research has shown that genetics account for only 30% of autoimmunity, and the remaining 70% can be attributed to environmental causes and intestinal permeability (also known as leaky gut). 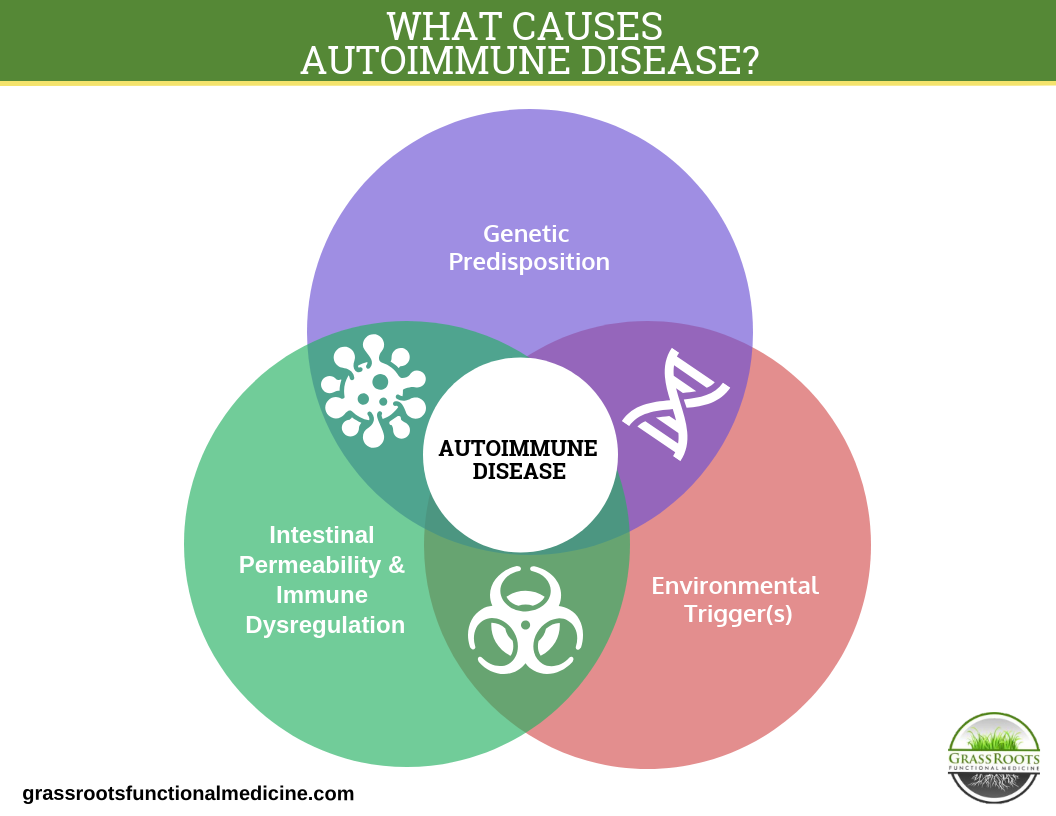 This constellation of factors causes your immune system to malfunction and attack your own body by mistake.

The specific organs or tissues being attacked varies by condition. In the case of Hashimoto’s and Graves’ the thyroid is attacked, in rheumatoid arthritis, it’s your joints, for multiple sclerosis it’s your nerves, and so on and so forth.

There are 3 primary theories for how toxins contribute to this malfunction.

One is that toxins damage the cells in your body so much that your immune system no longer recognizes them and attacks them on accident.

Another is that toxins stimulate an immune response, causing chronic inflammation and stressing your immune system until it becomes overwhelmed and starts misfiring.

The third theory is that toxins damage your thymus, which regulates your immune system and produces the cells that differentiate your own tissues from outside invaders.

The good news is that by identifying and addressing the environmental factors contributing to your autoimmune disease (including toxins), you can restore your body’s optimal immune function, stop its attack on your body, and reverse your condition.

Here are 3 toxins research has linked to autoimmune disease that may be lurking in your home.

This group includes mercury, lead, and arsenic, along with several others. Numerous studies have linked elevated levels of heavy metals with autoimmune diseases, especially autoimmune thyroid conditions. One study even found that women with high mercury exposure were more than twice as likely to have the antibodies found in Hashimoto’s and Graves’ disease.

And unfortunately, these chemicals are a lot more common in our environment than most people believe.

Mercury alone can be found in everything from fish to dental fillings to vaccines to cosmetics, not to mention our air and water thanks to coal-burning plants.

Meanwhile, lead is often found in old paint and pipes and cheap imported consumer goods. The FDA even found traces of lead in over 400 lipsticks in 2012.

Finally, arsenic can also be found in drinking water, and it’s frequently detected in rice, fruits, and vegetables because it’s in the soil where they grow.

Mold and the toxic gasses it releases, called mycotoxins, can attack both your immune system and nervous system. Research in this area is still relatively new, however, scientists believe this leads to chronic inflammation and can, therefore, trigger autoimmunity.

A 2017 study from Finland has helped confirm this as it found significantly elevated rates of autoimmune conditions in people exposed to mold and mycotoxins.

However, mold toxicity can also lead to a whole host of other symptoms, including fatigue, difficulty concentrating, headaches, muscle aches, digestive issues, and more.

This makes it really hard to pinpoint, especially when autoimmune conditions are in the mix since the symptoms often overlap. Add onto that the fact that conventional medicine rarely tests for it, and it almost always goes undiagnosed.

Don’t let that fool you into thinking it’s rare though! Mold particles are typically too small for the eye to actually see and it’s often hiding behind walls, inside your air vents, and in furniture, carpets, and clothing, even your food.

Shockingly, the toxic chemicals used to grow our food are among those most strongly tied to autoimmunity.

According to the National Institutes of Health, pesticides have specifically been linked to lupus and rheumatoid arthritis as far back as 2011.

A 2007 study that looked at the death certificates of farmers for the previous 14 years also found farmers who were exposed to pesticides while at work were more likely to die from a systemic autoimmune disease.

If you’re struggling with autoimmune symptoms, especially after optimizing your diet and nutrition, there’s a good chance toxins could be playing a role.

In our clinic, when we believe toxins are a factor in an autoimmune case, we use advanced functional lab testing to check for elevated levels of common toxins, along with signs of compromised detox pathways.

We then work with patients to develop a specific blueprint to reduce their exposure and safely flush the stored toxins from their system, stopping the damage and restoring their health.

It is extremely important to do this under the supervision of your healthcare provider because treating toxic exposures is incredibly serious and can be very risky when done poorly.

If you jump into a cleanse and your detox pathways, gut function, and immune system aren’t functioning properly, there’s a risk for even more damage as your body is flooded with toxins you’ve potentially been storing for years.

You want to make sure your body is ready and equipped to handle the detoxification process, and that requires a comprehensive approach.

If you’re ready to tackle your autoimmune disease with lasting solutions, we’d love to work with you.

Check out our Adaptation Program and if you think it’s the right fit for you, book your free 10-minute discovery call to begin your journey.