The #1 Lie About Autoimmune Disease 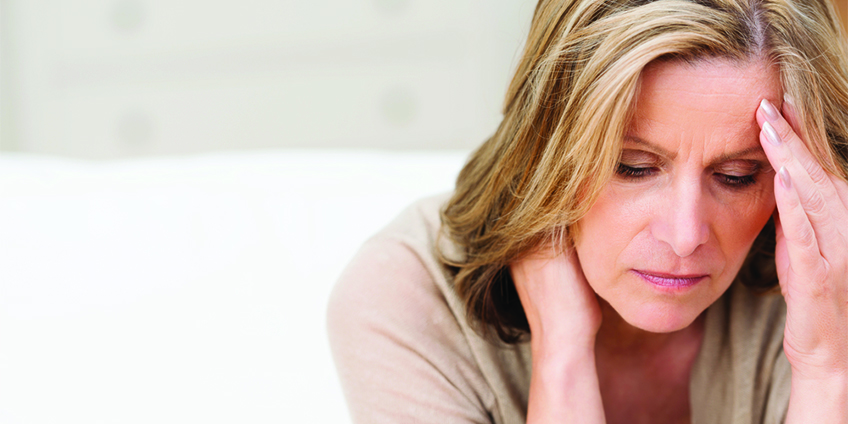 There is a huge lie about autoimmune disease that conventional medicine tells patients all the time.

This myth is causing more than 50 million Americans to suffer needlessly with frustrating symptoms and debilitating conditions.

It’s leaving millions of people dependent on pharmaceutical drugs and other harsh treatments.

What is this big lie about atutoimmune disease? That autoimmune conditions can never be reversed.

That is absolutely NOT true.

While there is no cure for autoimmunity, and some people need medications depending on their level of disease progression, the truth is…

Autoimmune disease CAN be reversed!

We see it all the time with patients in our Adaptation Program.

What this means is that you can stop your immune system’s attack on your body. You can have completely normal lab results with no antibodies. And best of all, you can live 100% symptom-free.

Understanding What Causes Autoimmune Disease & How to Reverse It

In order to understand how to reverse autoimmunity, first we have to look at what causes it. At GrassRoots Functional Medicine we are all about root cause resolution. By identifying and addressing the underlying causes of a health condition, you can restore your body’s natural balance and ability to heal.

Whenever you develop an autoimmune disease, it means your immune system has begun attacking your own body. The specific organs or tissues being attacked varies by condition. In the case of Hashimoto’s and Graves’ the thyroid is attacked, in rheumatoid arthritis it’s your joints, for multiple sclerosis it’s your nerves, and so on and so forth.

No matter which part of your body is being attacked though, the source of the problem is your immune system. This is why conventional medicine treats autoimmune conditions with drugs that suppress the immune system. While they do (at least temporarily) stop your body’s attack on itself, they only act as a bandaid for the real problem. They also leave you open to infections, disease, and even cancer.

Functional medicine, on the other hand, works to identify the environmental factors that triggered the attack on your body, and support your immune system so that it can function optimally again.

These root causes can include leaky gut, nutritional deficiencies, toxin exposures, infections, stress, and other sources of chronic inflammation. It’s important to recognize that each person’s condition and its root causes are different and specific to them. 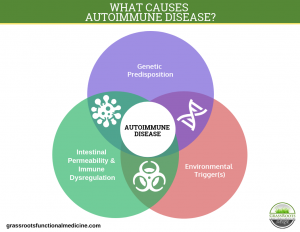 Using advanced functional lab testing and taking a deep dive into your medical history, we can identify your own root causes and address them using lifestyle changes, dietary strategies, medications, infrared sauna therapy, and other treatments.

Once the source of the dysfunction is removed, and your body has the nutrients and support it needs to function optimally, the attacks stop, your antibodies go away, and symptoms disappear.

I’ve seen it time and time again with thousands of patients and all types of autoimmune disease. I’ve seen patients with Lupus, Graves’, Hashimoto’s, Psoriasis, and MS, all reverse their conditions and get rid of their symptoms.

Here are just a few examples.

Sarah came to me about 6 months ago looking for help with her Graves Disease. Little did she know she also had Hashimoto’s, so she had two forms of autoimmune thyroid disease. Her initial antibody levels were extremely high, meaning her immune system was mounting a very strong attack against her thyroid.

After less than 6 months in the Adaptation Program, her thyroglobulin antibodies are 121, TPO antibodies are 448 (originally >900), and TRAb are also trending down.

As you can see she still has work to do, but in a relatively short period of time this is a pretty dramatic change!

Or we could look at Karen. She also had Hashimoto’s and was struggling with bloating, constipation, anxiety, and fatigue. These were the labs she brought in from her original integrative Doctor. Her TPO antibodies were 472 and her TG antibodies were 314.  As of a month ago, her antibodies are way down, and best of all, her symptoms are gone and she feels great!

Tyler Tigges is another patient who recently shared his story in an incredible video. He was struggling with Graves’ disease, had suddenly lost 40 pounds and was so weak and tired he couldn’t even hold his infant son. Two years later he has his strength and energy back and no longer has thyroid antibodies. (You can read his full story here.)

The 2 Things Holding People Back from Reversing Autoimmune Disease

Now, you may be wondering, if this is true then why hasn’t everyone done reversed their autoimmune condition?

There are a few reasons for this.

Since conventional medicine doesn’t recognize that this is possible, they aren’t working with patients to help them reverse their conditions. Instead, they rely on harsh medications that suppress the immune system and mask symptoms. They tell you that’s the best you can hope for, and not to worry about any of the side effects caused by the drugs.

The second is that this is not a “quick fix”, take-a-pill solution. You may need advanced functional lab testing to identify your root causes. In most cases, a combination of root causes are at play. And it takes time and commitment to put in place the lifestyle changes that will overcome them. In Tyler’s case it took nearly two years to reverse his Graves’ disease.

It’s not an overnight treatment, but isn’t reversing your disease, eliminating your symptoms, and restoring your health worth it?

I’ve worked with thousands of patients who were told by their doctors that they would need lifelong medications, or even surgery, who were able to reverse their autoimmunity naturally.

By digging deep to find out what caused their imbalances and committing to dietary changes, stress relief, toxin elimination, and other lifestyle changes, they got rid of their symptoms and have completely normal lab results.

Not one of them regrets putting in the work to regain their health, and the most common thing I hear is that they wish they’d started sooner.

So if you’re struggling with your health and have been told there are no options, please know that there IS a better way.

If you’re ready to live your solution, check out our Adaptation Program and book your free 10-minute consult with me. We’ll review your history, discuss your goals, and determine if you’re the right fit for our program!