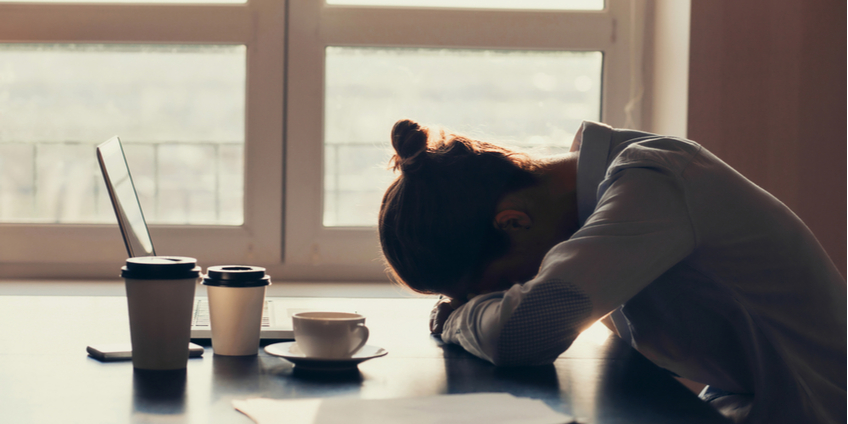 Chronic fatigue can be a truly debilitating condition, with an enormous impact on your life. It is by far the number one symptom patients present with at our clinic.

Fatigue leaves so many people barely surviving one day to the next, when they should be thriving and living life to the fullest.

I had a patient the other day 35 years old, who was unable to go to her son’s ball game because she had absolutely no energy to pull herself off the couch. This is no way to live!

To make matters worse, our traditional medical model has very few legitimate answers to offer anyone struggling with chronic fatigue.

Much like IBS for digestive issues, fibromyalgia and chronic fatigue syndrome have become catchall diagnoses for people who have chronic fatigue but their doctors have no idea why.

While the root causes can be challenging to uncover, there is always a reason for the symptoms.

It is not in your head, it is not because you are getting older, and it is definitely not due to a deficiency of an antidepressant!

So, I wanted to share the top 4 sources of chronic fatigue I see at my practice that conventional doctors often overlook.

It’s not nice to think about but mold is a LOT more common than most people think.

And just because you can’t see mold doesn’t mean that it isn’t there! The particles are typically too small for the eye to actually see and it’s often hiding behind walls, inside your air vents, and in furniture, carpets, and clothing, even your food.

Mold and the toxic gasses it releases, called mycotoxins, attack your immune system, nervous system and brain, which is why fatigue is one of the most common symptoms of mold illness.

One study looked at 112 patients diagnosed with Chronic Fatigue Syndrome and found that 93% of them tested positive for at least one mycotoxin, compared to 0% in the healthy control group.

Beyond fatigue, mycotoxin exposure can lead to a whole host of symptoms, including confusion, difficulty concentrating, coughing or difficulty breathing, headaches, muscle aches, digestive issues, and more. This can make it really hard to pinpoint, especially because these symptoms overlap with so many other conditions.

Add onto that the fact that conventional medicine barely recognizes that this condition exists so they rarely test for it, and it almost always goes undiagnosed.

This is another big one that gets missed by many doctors because their diagnostic criteria is too narrow. Contrary to what you might have heard, Lyme doesn’t always present with the classic bullseye rash and basic tests often don’t pick it up.

What’s worse, new cases of Lyme are being reported at rates 10x higher than the Centers for Disease Control predicted.

Plus, most people and most doctors think of Lyme as an acute, short-lived sickness. You get bitten by a tick, you get sick, you take antibiotics, and you get better.

In reality, a lot of people develop chronic persistent Lyme either because it doesn’t get diagnosed and treated, or because it isn’t fully treated and you’re left with lingering symptoms.

If you live in an area where Lyme disease is present, some symptoms to look for are fatigue, migratory muscle and joint pain, headaches, memory issues, numbness and tingling and a variety of other bizarre symptoms which is why Lyme is called the “Great Imitator”.

Lyme disease is often accompanied by co-infections which can be just as problematic and more times than not get overlooked. Bartonella, Babesia, Mycoplasma, Rickettsia, these are just a few of the many tick-borne illnesses we see in patients all of which can cause fatigue!

Your mitochondria are the power plants of your cells, their job is to convert nutrients into energy. So as you can imagine, if they’re not functioning optimally, your body won’t have enough energy to fuel you.

The cause of mitochondrial dysfunction is often nutrient deficiencies because your mitochondria rely on specific nutrients, including CoQ10, b vitamins, L-carnitine, magnesium, and healthy fats to function.

Fatigue is also one of the first signs of a thyroid problem. Your thyroid hormones control how your body uses energy, so if your thyroid is underactive, as is the case in hypothyroidism and Hashimoto’s, you can experience fatigue, brain fog, weight gain, and hair loss.

I cannot stress enough how important testing is to get to the bottom of chronic fatigue and determining the true underlying causes.

Some of these root issues are pretty serious and take intensive treatment protocols to overcome. Mold and Lyme, in particular, are some of the most complex cases that will often set off a cascade of other conditions and symptoms.

The sooner you get the right testing and identify the root cause of your fatigue, the sooner you can get on a clear path to healing and restore the health and energy you once knew.

Life is too short not to thrive, but to reclaim your wellness you have to take control of your health.

If you’re ready to find answers, check out our Adaptation Program and schedule your free, 10-minute discovery call with me.