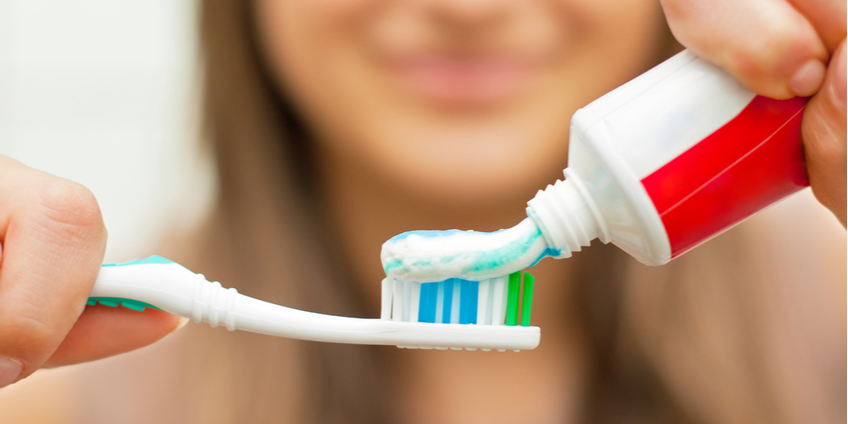 We are living in a thyroid epidemic. It’s now estimated that over 12% of people will develop a thyroid condition in their lifetime.

We are also surrounded by more environmental toxins than at any other point in history.

This is not a coincidence!

You may not have heard of this chemical because it’s primarily used to create rocket fuel and fireworks. But it is rampant in our water supply due to runoff. It is also known to decrease thyroid function because it is structurally very similar to iodine, which your thyroid uses to produce its hormones.

A CDC study of 2800 people in 2007 found measurable levels of perchlorate in every single participant, with even higher levels in children than adults. Yet it took until June of 2019 for the EPA to propose safety regulations for our water supply and the action is still pending.

These two chemicals added to our water supply are also structurally similar to iodine because they are all members of the halogen family. That means they can lead to low thyroid levels by competitively block iodine absorption.

And a study in 2011 found that phthalate exposure reduced T4, T3, and thyroglobulin levels, three essential factors for thyroid function. This effect has even been found in girls as young as three years old!

Certain weed killers and antifungals used on produce have specifically been linked to low thyroid function and difficulty losing weight.

One study warns that as many as 60% of pesticides may impact thyroid hormone levels.

Mercury is another substance that is chemically similar to iodine and is quickly absorbed by the thyroid. Once absorbed, it reduces thyroid hormone production and damages the tissue, which can trigger an autoimmune reaction.

One study found that women with high mercury exposure were more than twice as likely to have the antibodies seen in Hashimoto’s and Graves’ disease.

Unfortunately, mercury is hiding in a lot of places, including fish, dental fillings, vaccines, cosmetics, and even our air and water thanks to pollution from coal-burning plants.

In our clinic, we take a root-cause approach to restoring thyroid health that looks at all potential underlying factors – including toxins. We then work with you to create a personalized plan for addressing these root causes and supporting your body’s natural ability to detoxify and heal.

There are a lot of misunderstood factors in thyroid health that can leave you feeling exhausted, brain fogged, moody, and sluggish.

Join me for a free, live training to discover:

✅  The truth about iodine, goitrogens, and cruciferous vegetables
✅  Common chemicals that make thyroid hormones go haywire
✅  The “healthy” foods that sneakily sabotage your thyroid
✅  Hidden infections that trigger and worsen symptoms
✅  How to get the breakthrough you’ve been waiting for