Should You Switch to a Soil-Based Probiotic? 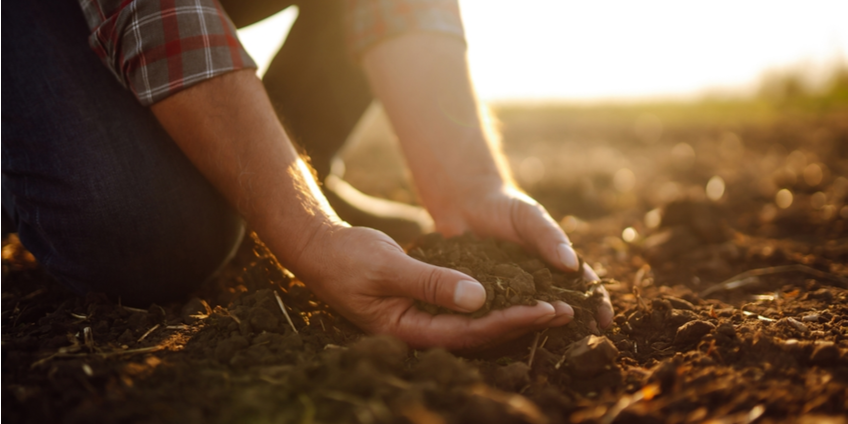 By now we’ve all heard about the health benefits of probiotics. They support your microbiome, immune system, and digestion and have been shown to help with depression, anxiety, and weight loss.

However, did you know that certain types of probiotics are better for specific health challenges and that taking the wrong probiotic can sometimes exacerbate your symptoms?

If you’ve ever started a probiotic and then felt worse, it’s a good sign you may benefit from a lesser-known, yet very well studied type of probiotic called soil-based probiotics.

Let’s look at what soil-based probiotics are, who should take them, and how to choose a high-quality supplement.

What Are Soil-Based Probiotics?

Until relatively recently, humans grew and hunted our own food and spent hours outside every day. This meant we were routinely exposed to spore-based organisms living in the soil and they played a significant role in our gut microbiomes.

In today’s hyper-sanitized world, we are rarely exposed to these organisms and they are often lacking in the trillions of microbes that make up our microbiomes. Soil-based probiotic supplements contain strains of spore-based microbes, which are hardier and more resilient than other forms of probiotics and offer numerous health benefits.

Immune Function
Certain strains increase levels of secretory IgA, which plays an important role in immune function. Many patients with autoimmune disease are deficient in IgA and restoring their levels can help decrease autoimmune markers.

Digestive Function
Supplemental soil-based probiotics aid in the synthesis and absorption of vitamin K,vitamin B12, zinc, and iron. Research has also shown they may decrease diarrhea, constipation, bloating, and gas.

How Are Soil-Based Probiotics Different from Regular Probiotics?

The most common form of probiotic supplements contain primarily Lactobacillus and Bifidobacterium strains of bacteria. These bacteria are great at colonizing the small intestine and support the upper GI tract.

Soil-based probiotics contain Bacillus strains of bacteria and have a seed-like structure that makes them hardier than lacto-based probiotics. This means they can withstand stomach acid, bile salts, and pancreatic enzymes to make it all the way to the large intestine intact and support the lower GI tract. Their hardier nature also means soil-based probiotic supplements require fewer colony forming units (CFUs) to be effective.

When to Consider a Soil-Based Probiotic

There are benefits and best use cases for both types of probiotics, so when should you consider a soil-based probiotic supplement?

The most common reason to take a soil-based probiotic is if you have Small Intestinal Bacterial Overgrowth, known as SIBO.

As I mentioned, lacto-based probiotics colonize the small intestine. When you are already dealing with an overgrowth of bacteria in the small intestine this is adding more fuel to the fire. Patients with SIBO will often experience a flare in symptoms after beginning a traditional probiotic. Since an estimated 50% of IBS cases are caused by SIBO, I recommend a soil-based probiotic for IBS patients as well.

Patients who are dealing with other gut imbalances (dysbiosis, infections, deficiencies) may also fare better with a soil-based option if they react poorly to laco-based probiotics. Signs to look for include bloating, gas, and cramping.

I’ve said this in many previous articles, but it bears repeating…when it comes to your microbiome the goal is diversity!

You want a wide array of beneficial bacteria thriving together to maintain microbial balance and ensure your microbiome is carrying out its many different jobs. This is why I recommend eating a colorful variety of foods, prioritizing fiber and resistant starch to feed your probiotics, and consuming probiotic-rich food.

Another strategy to promote microbial diversity is to rotate your probiotics. Patients who are not dealing with SIBO or IBS can switch every now and then between a soil-based product (Flora SporeBiotic is my top choice) and lacto-based probiotics (I recommend FloraMax Daily).

When weighing your options for soil-based probiotics the most important factor is to choose a product with well-researched strains of bacteria. You want to ensure the strains are proven to be safe and have shown a positive effect in peer-reviewed studied.

From there, I like to prioritize cost-per-serving because I recognize that supplements can get pricey and you want the most bang for your buck. In our clinic and online store, we recently switched to Flora SporeBiotic from our previous option because it contains more than twice as many CFUs (10 billion vs 4 billion) in only one capsule per day, compared to two.

When you break down the math, Flora Sporebiotic is $1.03 per serving (with twice as many CFUs) and the alternative is $1.83 per serving. 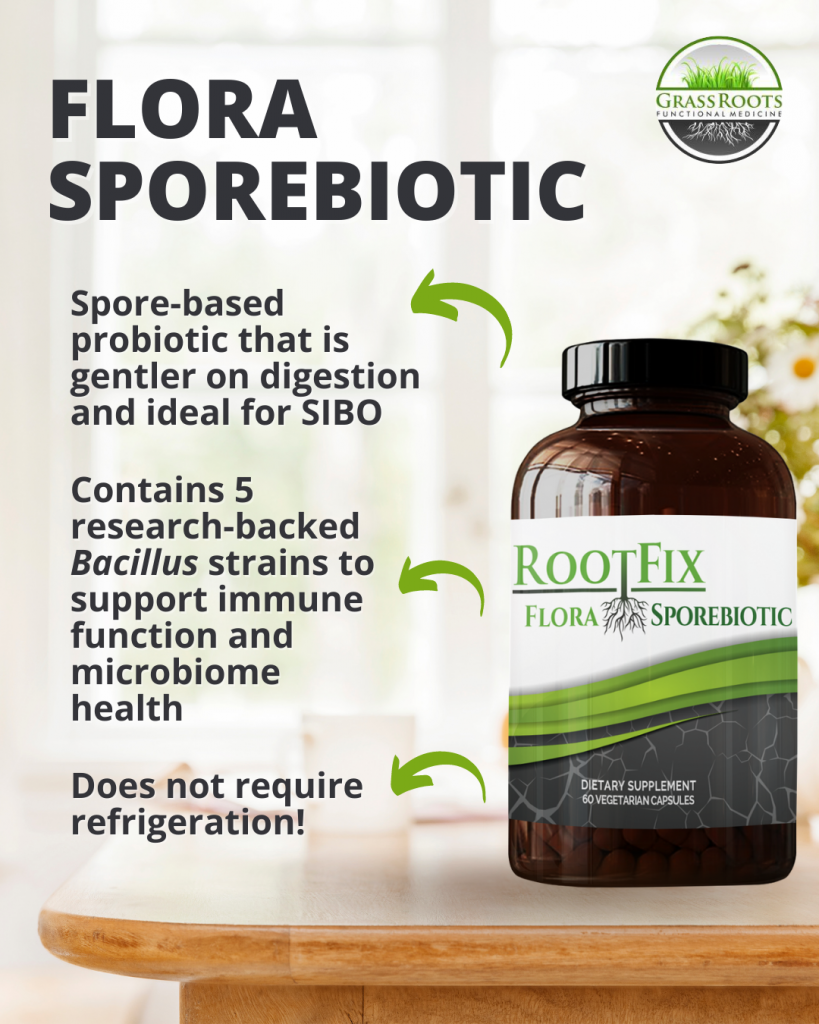