8 Dangerous Side Effects of Autoimmune Medications 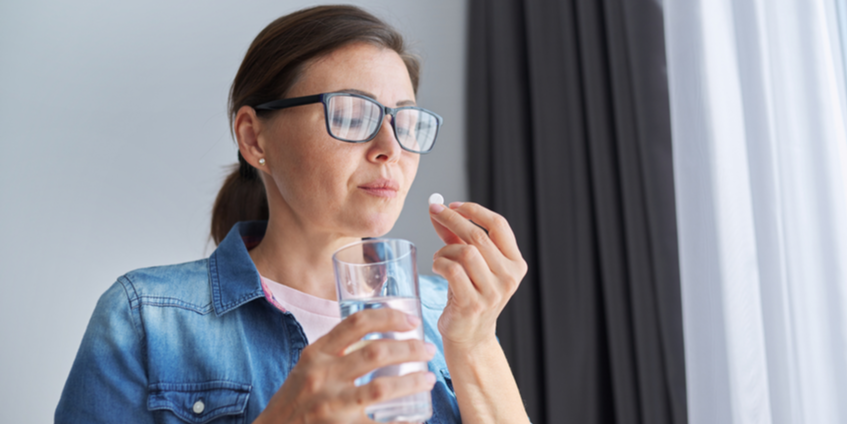 If you have an autoimmune condition, such as Lupus, Hashimoto’s, or rheumatoid arthritis, conventional medicine’s go-to treatment is a prescription drug to mask your symptoms.

There are two main problems with this:

Let’s look at what these drugs are, the risks they carry, and what you can do to avoid or reduce your dependence on them.

There are four main types of autoimmune medications. Here’s what they are and what they aim to do.

Immunosuppressants – As you can guess, these suppress the immune system in order to stop its attack on your body. They include CellCept, prednisone, and other corticosteroids.

Biologics – These medications work by disrupting the inflammation process in your body. Humira, Remicade, and Enbrel are all biologics. (Note that curcumin performs a very similar function, but is far safer).

NSAIDs – You are probably familiar with non-steroidal anti-inflammatory drugs as they include Advil, Motrin, and Aleve. They are designed to reduce inflammation (which is a primary cause of autoimmunity), but only in the short-term.

When your immune system is artificially suppressed by drugs, you are of course more vulnerable to infections. This is a major reason autoimmune patients are considered higher risk for COVID-19, but it applies to the flu, pneumonia, and other illnesses that aren’t going anywhere.

Unfortunately, this vulnerability can even make autoimmune conditions worse, since several common infections are known to trigger and exacerbate autoimmunity.

According to the National Cancer Institite, immunosuppressive drugs make the immune system less able to detect and destroy cancer cells or fight off infections that cause cancer.

NSAIDs decrease microbial diversity in the digestive tract and are known to cause leaky gut. Immunosuppressive drugs can also lead to microbiome disruption by diminishing your body’s defense against pathogenic bacteria or fungi.

This is a double whammy since leaky gut and microbiome imbalances actually cause and worsen autoimmune disease.

Decreased immune function is also a major cause of recurrent Candida overgrowth since your immune system helps prevent Candida and other types of fungi from overgrowing.

Studies show that corticosteroids can also cause cardiac arrhythmias, or an irregular heartbeat. This risk was previously only associated with IV steroid administration, but newer data shows it is present when steroids are taken orally as well.

Additionally, biologics that target the TNF-alpha cytokine, including Humira, have been linked to the onset and worsening of heart failure in patients with rheumatoid arthritis.

Many autoimmune patients already deal with constipation, diarrhea, gas, or heartburn due to underlying gut health problems, so it’s adding insult to injury that these are the most common side effects of NSAIDs. Even more alarming, these medications have been found to cause ulcers.

A common symptom of steroid use is weight gain because steroids can alter metabolism and electrolyte and water balance. This can lead to an increased appetite, water retention, and a change in how and where you store fat.

A Better Approach to Autoimmunity

Instead of relying on dangerous drugs that do nothing but cover up symptoms, our goal in functional medicine is to put autoimmunity into remission!

That means restoring optimal immune function to stop your body’s attack on itself, halting disease progression, and where possible, reversing the damage caused by your condition.

In order to do that, we look beyond medications and focus on all of the factors known to cause autoimmunity, including diet, stress, toxins, infections, hormone imbalances, microbiome health, and more. With this approach, we’ve helped hundreds of patients in our clinic reduce or come off of their autoimmune drugs.

Sure, it’s a lot more work than taking a medication, but the end result is a brighter future with decades of optimal health to spend doing what you love.If you’re ready for a safer, more comprehensive approach that gets results, check out our Adaptation Program and book your free discovery call to find out if we’re a good fit for each other!