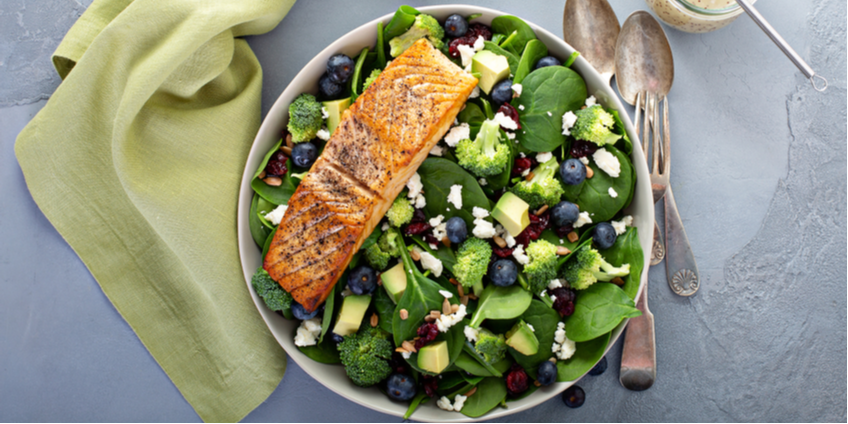 Don’t let the TV commercials fool you. Anxiety and depression are not caused by a deficiency in antidepressants! And they aren’t completely fixed with these little pills either!

Truly overcoming mood imbalances requires uncovering and addressing the root causes behind them.

So let’s look at 5 key nutrients for anxiety and depression, along with how you can test for them and restore your levels.

5 Best Nutrients for Anxiety and Depression

Through a process called methylation, folate supports the synthesis of three neurotransmitters involved in mood, behavior, and sleep – dopamine, serotonin, and norepinephrine.

This process also breaks down the amino acid homocysteine, which is often elevated in patients with anxiety and depression. And it creates a molecule called SAMe, which is believed to have anti-depressive effects.

The synthetic form of B9, folic acid, is added to many processed foods and used in most drugstore multivitamins. But it must be converted into its active form to do its job.

That conversion is inhibited by genetic factors like MTHFR mutations, along with poor nutrient absorption due to SIBO or deficiencies in digestive enzymes or stomach acid.

How to Increase Folate:

You may be familiar with lithium as a treatment for bipolar disorder when used in high doses.

However, in much lower doses this mineral can be highly effective and far safer for treating anxiety, depression, and even ADHD.

It is believed to produce a mood-balancing effect by altering dopamine, glutamate, and GABA levels in your synapses. Studies in animals also show that it increases neurotransmission in a group of serotonin receptors in order to decrease depression.

How to Increase Lithium Orotate:

Magnesium supports the function of mood-regulating neurotransmitters and helps maintain a balanced stress response by regulating the release of cortisol.

It’s no surprise then that improving magnesium levels has been shown to decrease depression and anxiety.

A clinical trial in older adults found a daily dose of 450 mg of magnesium was as effective in treating depression as a pharmaceutical antidepressant.

How to Increase Magnesium:

Magnesium used to be plentiful in our soil and therefore our food. But thanks to modern industrial farming practices and the use of pesticides, this is no longer the case.

You may also want to add in a high-quality magnesium supplement in the form of magnesium L-threonate. This is the only form proven to cross the blood-brain barrier and is the active ingredient in our RootFix NeuroZen formula.

Vitamin D, which is actually a hormone, activates genes that release neurotransmitters, including the “happy” or “feel good” ones.

Studies have shown patients with lower levels of vitamin D are more likely to experience symptoms of depression than those with higher levels.

Unfortunately, an estimated 1 billion people are around the world are deficient in vitamin D.

Deficiency, and therefore depression, tend to spike in the winter months when we have less direct sunlight because sun exposure triggers your body to produce vitamin D.

Increasing vitamin D levels on their own can help with depressive symptoms. And like folate, vitamin D supplements have been shown to increase the effectiveness of antidepressants.

How to Increase Vitamin D:

Numerous studies have linked low zinc levels with depression and several have found that increasing levels has a mood-boosting effect.

As a natural anti-inflammatory agent, zinc also combats the brain inflammation often behind anxiety and depression.

Like magnesium, zinc levels are depleted when you’re stressed, so you’re more likely to be deficient when dealing with chronic stressors.

How to Increase Zinc:

Now that you know the key nutrients for anxiety and depression, let’s talk about how (and why!) to test for them!

Getting the Right Testing: Nutrients for Anxiety and Depression

Sometimes when patients first come to see me they walk in with bags and bags of supplements they’ve been taking…without ever noticing a difference in their symptoms (mood-related or otherwise).

This is usually due to one of three factors.

That’s why, in my clinic, we use a blood and urine test called NutrEval for a comprehensive nutritional analysis. We also typically order a comprehensive stool analysis called GI MAP™ to uncover any issues impacting nutrient absorption.

With this information, we design a personalized dietary and supplement protocol, so you’re getting exactly what you need, without wasting money on supplements that you don’t.