Testing for Leaky Gut: Why Do It & Which Test is Best 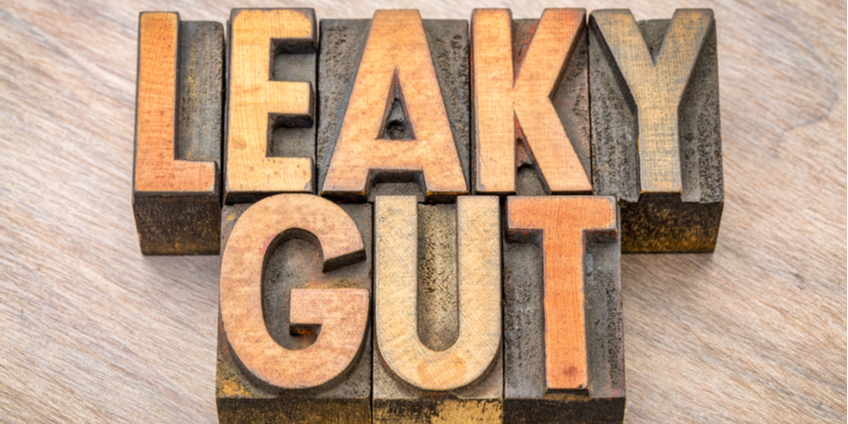 I’ve heard so many patients say they know leaky gut is causing their symptoms…even though they’ve never been tested and aren’t fully sure how or why it occurs.

Even many practitioners say there’s no need to test for leaky gut because you can assume anyone with autoimmune disease or chronic digestive problems has it.

This is absolutely NOT the case!

If you skip over testing and jump right to treatment, you’re missing critical information about why your gut is leaky in the first place (if it actually is) and the best way to repair it.

To understand why testing is so important, let’s look at how leaky gut occurs, what the testing tells us, and which test is the most accurate and helpful for resolving your symptoms.

How Does Leaky Gut Occur?

Leaky gut develops when your gut lining becomes too permeable, allowing everything from toxins, bacteria, and undigested food particles to escape your intestines and enter your bloodstream.

The excess permeability can be caused by two different types of damage.

There’s paracellular damage, which is damage to the tight junction between your cells. This is typically caused by low-level inflammation and inflammatory foods like gluten, dairy, sugar, corn, soy, etc. 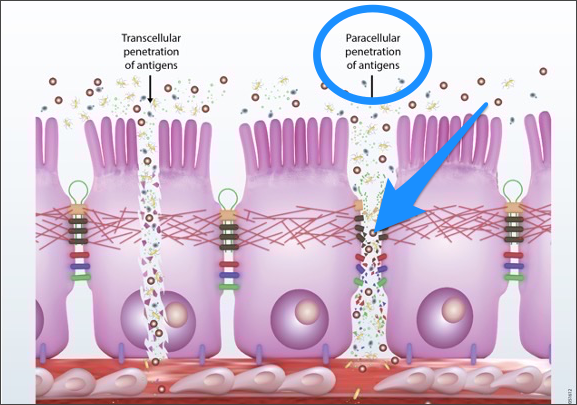 Then there’s transcellular damage, which occurs when the damage goes through your actual enterocytes (the cells that make up your gut lining). This is much more severe and is usually caused by bigger problems, such as infections or autoimmunity. 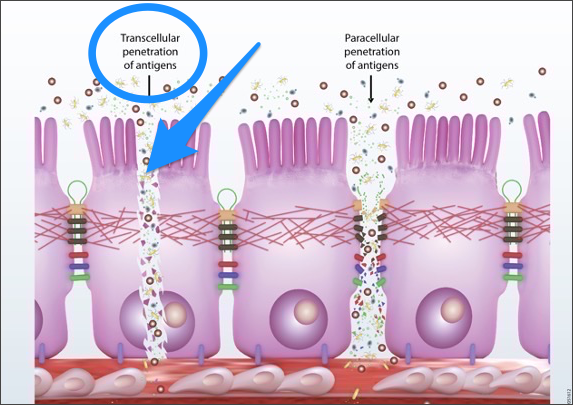 Once your gut becomes leaky and unwanted particles are coursing through your bloodstream, it triggers a huge increase in inflammation as your immune system goes to attack them. This can cause a whole host of problems, including:

Why to NOT Skip Leaky Gut Testing

Testing for leaky gut is something I have actually changed my mind about over the years. Initially, I was like many other practitioners who just assumed everyone with autoimmunity of digestive issues had leaky gut, so we never tested for it.

But it’s not always that simple. Many digestive issues have symptoms that overlap. If you diagnose yourself based on symptoms alone, you may be treating a problem you don’t have while allowing one you do to worsen.

I’ve since realized that testing is essential because it not only confirms if intestinal permeability is a problem (there are the rare cases where it isn’t) and it gives us insight into WHY it is occurring so that we can best treat it.

There are two primary types of leaky gut testing. I have personally found one to be much more accurate and diagnostically helpful than the other.

Zonulin is a protein that regulates intestinal permeability. It acts as a messenger telling the tight junctions of your gut lining to open up. It can be triggered by many factors, including gluten, bacteria, parasites, and yeast.

Zonulin testing, such as that used in the GI Maps test, measures your levels of zonulin proteins in order to gauge how permeable your intestinal lining is. The problem is that zonulin levels have a very high rate of variability and the results aren’t very reproducible, meaning the test isn’t particularly accurate. It also doesn’t give you any indication for what’s causing the permeability.

In my clinic, we use the Cyrex Array 2 test which measures 3 types of antibodies linked to leaky gut. It’s a much more nuanced test that helps us pinpoint the severity of your intestinal permeability (paracellular or transcellular) and what may be causing it.

Here are the antibodies the test measures:

There’s no need to rely on guesswork and assumptions! These are often a one-way ticket to frustration and lingering symptoms. In-depth testing is what gives you clarity on what’s going on and the best strategies for lasting resolution.

That’s why at GrassRoots Functional Medicine, we start with a detailed patient history and comprehensive testing to make sure we are seeing the whole picture. From there, we develop a personalized treatment plan based on your specific root causes.

To learn more about our systematic, step-by-step approach, check out our Adaptation Program.