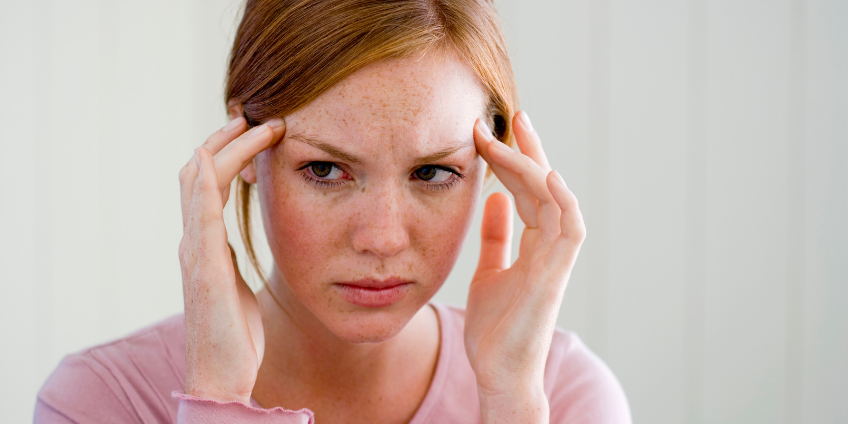 If you have a hard time recalling words and information, are easily mentally drained, or struggle to multitask, it’s important to dig deeper and understand WHY. So often we live with these “minor annoyances” not realizing how much they impact our confidence and quality of life until they become debilitating.

Instead of waiting, let’s look at the 6 most common causes of brain fog so you can work with your provider to find answers and take action now.

Inflammation is the root of chronic disease and brain inflammation plays a role in every form of cognitive impairment from autism to Alzheimer’s. Brain fog is one of the earlier and milder signs of brain inflammation, as studies show it hinders energy production in neurons, making it harder for them to communicate. Consider it a red flag and take steps to remedy it before more serious problems develop!

The first step is to uncover what environmental factors are causing the inflammation so you can remove them. Top culprits are food sensitivities, gut infections, environmental toxins, and stress.

Have you heard the gut referred to as the second brain? This is because it’s home to an estimated 100 million neurons and where a huge number of your neurotransmitters are produced. It’s also where many short-chain fatty acids are produced and where you metabolize bile acids and amino acids, all of which impact brain health.

Gut imbalances, such as Small Intestinal Bacterial Overgrowth (SIBO), Candida overgrowth, and intestinal parasites can all disrupt these processes. They can also lead to poor digestion and absorption, depriving your brain of the nutrients it needs, including B vitamins, magnesium, and iron.

Sadly, we are bombarded by environmental toxins every day. Two of the most serious, common, and overlooked types are heavy metals and mycotoxins (toxic compounds given off by mold).

Mercury and other heavy metals are known neurotoxins, meaning they directly attack the brain. Yet we often have continuous, low-level exposure to them through unfiltered air and water, fish, cosmetics, and even rice, fruits, and vegetables, which are grown in soil containing heavy metals. Each individual exposure may be small, but they accumulate over time.

Mycotoxins have been shown to decrease neuroplasticity (your brain’s ability to make new connections), compromise the blood-brain barrier, increase oxidative stress and inflammation, and impair mitochondrial function. Please note that just because you don’t see mold in your home or office doesn’t mean it isn’t there! It is often hiding behind walls, inside your air vents, and in furniture, carpets, and clothing, even your food.

Both of these toxin exposures can be extremely challenging to diagnose because they present very differently from patient to patient. This is where a thorough history and comprehensive testing are vital.

This one is fairly obvious, but is so often overlooked! When your brain is on high alert all the time, it eventually burns out and cognitive function suffers. This is compounded if stress disrupts your sleep and your brain doesn’t have a chance to recover and repair itself.

Beyond mental exhaustion, your chief stress hormone, cortisol, inhibits the growth of new brain cells, damages cells in your hippocampus, and increases inflammation.

When thinking about your hormones, it’s helpful to remember the Goldilocks analogy. Too little and too much can both be a problem, you’re looking for the levels to be just right.

This is why many women experience “baby brain” during pregnancy (when estrogen and progesterone are high) and 60% of women report memory issues during menopause (when these hormones are low). Estrogen dominance in women and men and low testosterone in men can also lead to mental fogginess.

Thyroid hormones play a huge role in brain function, including the production of neurons. When thyroid hormones are low, as is the case in hypothyroidism and Hashimoto’s, all of your metabolic functions slow down and cognitive function declines.

To complicate matters, many of the other factors we’ve covered also negatively impact thyroid function, particularly SIBO, nutrient deficiencies, heavy metals, and stress and must be addressed concurrently to truly resolve symptoms.

This is where a functional medicine approach can be really helpful because it looks at the entire individual, uses a broad scope of testing, and treats each contributing factor. If you’re interested in this type of hands-on, comprehensive approach check out our Adaptation Programs to see if they’re the right fit for you.