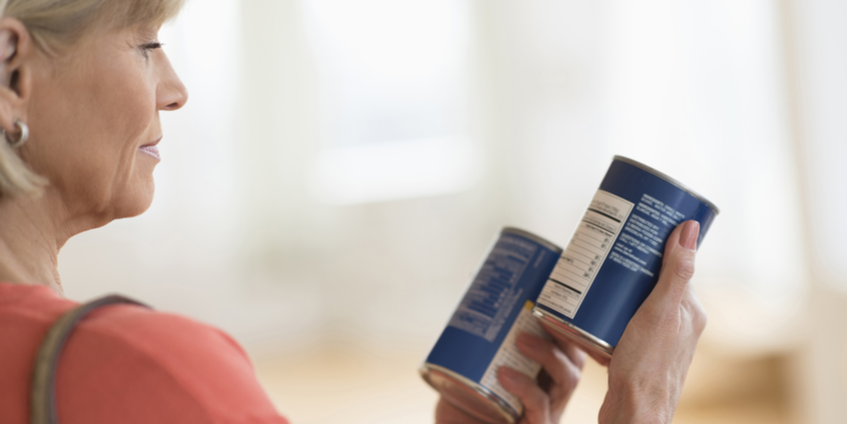 Have you ever wondered what that guar gum is doing in your coconut milk? Or what “natural flavors” really means? Sometimes it can feel like you need a biochemistry degree just to decipher what’s really in your food.

Clearly, artificial dyes and preservatives are not something you want to consume on a regular basis, but what about the additives in “all-natural” foods and products aimed at health-conscious individuals?

Even foods labeled organic, gluten-free, or paleo can contain hard-to-pronounce additives that you won’t find in nature. Whether it’s erythritol in chocolate, carrageenan in almond milk, or celery salt in bacon, it’s worthwhile to know more about the ingredients in your food.

Read on to learn the nitty gritty of food additives, which ones you should avoid, and which are no big deal.

Food additives can be divided into several categories based on their purpose: enhancing flavor, sweetness, or texture, food preservation, and fortifying foods with vitamins or minerals. I’ll break down each of them.

Natural flavors
These show up in everything from protein bars to beverages. Unfortunately, the term is not well regulated and can be code for a wide range of chemicals including MSG, and labels are not required to disclose the source of the natural flavors.

To be termed “natural,” these flavorings need to be derived from a substance found in nature, rather than petroleum, but they are still produced in a lab. Unless they are certified organic, natural flavors can be made from genetically modified organisms and even added to otherwise organic food products.

Non-Nutritive Sweeteners: Xylitol, Erythritol
As more people are trying to avoid added sugar and artificial sweeteners, sugar alcohols are increasing in popularity. At first glance, they seem like the perfect option: they taste sweet without containing sugar, they are low in calories, and they don’t raise blood glucose. While sugar alcohols like xylitol and erythritol are certainly better than artificial sweeteners, which have been shown to negatively alter the gut microbiome, they are not without problems.

Xylitol is often sourced from genetically modified corn, so if you use this sweetener look for a non GMO or birch-derived one. Because sugar alcohols are not absorbed by the body, they can become food for bacteria and draw water into the gut, causing gas, bloating, and diarrhea. However, this same ability to feed gut bacteria makes sugar alcohols a potentially beneficial source of prebiotics for some.

Verdict: If you want to consume sugar alcohols, monitor your digestion afterward to see if they work for you.

Agave
Marketed as healthy and natural, agave syrup is actually produced in a similar manner to high fructose corn syrup (HFCS). Corn syrup is made by subjecting corn starch to a chemical enzymatic process to convert the starch into sugar. The resulting syrup is very high in unbound fructose, which is unlike the fructose that naturally occurs in fruit and contributes to overeating, obesity, and high triglycerides. Agave nectar is made by enzymatically converting the starch of the agave root into a sweet syrup, which is actually higher in fructose than HFCS. Agave is also high in saponins, which can contribute to intestinal permeability and damage the gut barrier.

Gums: Guar, Locust Bean, Xanthan
These additives improve the texture of creamy products and act as an emulsifier, keeping the fats and water in the food from separating. Guar gum is derived from a bean and is high in soluble fiber. It has been shown to improve glycemic control and reduce LDL, but it can also cause gas and abdominal discomfort in people with IBS or SIBO. This is due to guar gum’s ability to feed gut bacteria, which can exacerbate symptoms for people who have an overgrowth of bacteria in the wrong places.

Verdict: Xanthan gum and locust bean gum are similar to guar gum and are probably not a concern for most people unless they have digestive issues.

Carrageenan
This thickener is derived from red algae and is often added to dairy-free milks, ice cream, and even used as a binder in organic deli meats. There has been controversy surrounding the safety of carrageenan, with some research suggesting that it causes intestinal damage in some animal studies and can be carcinogenic. Other researchers have maintained that the evidence is not conclusive.

Verdict: Given the uncertainty, it makes sense to err on the side of caution and avoid this food additive as much as possible.

Antioxidants: Ascorbic, Citric, and Lactic Acids
You know how an apple turns brown when you cut it and leave it exposed to the air, but if you squeeze on lemon juice, it will brown much less? This is because oxygen in the air interacts with enzymes in the apple, causing an oxidative reaction that creates browning. The citric acid in lemon juice acts as an antioxidant and prevents this reaction. Other naturally occurring antioxidant acids include ascorbic acid, the main component of vitamin C, and lactic acid, which is created when bacteria consume the lactose in milk. Food manufacturers harness the power of these acids as food additives to prevent discoloration and preserve food.

However, the citric acid used as a food additive is not usually made from lemons and limes. Instead, scientists have found a way to create citric acid in the lab by culturing sugar (often corn syrup) with Aspergillus niger, a species of black mold. Case reports have correlated this manufactured citric acid (but not the natural kind) with inflammatory reactions including joint, muscular, and digestive pain in some individuals.

Verdict: While it’s probably not a major concern for most people, it makes sense to steer clear of foods with added citric acid when possible.

Celery Powder
Have you wondered why there is celery powder in the ingredients list of meat products like bacon, sausage, and jerky that are labeled “uncured”? Celery powder is added to these foods to replace sodium nitrite, which is used in conventional processed meats to prevent spoiling and give hotdogs, ham, and other cured meats their distinctive flavor and pink color. In response to health-conscious consumers’ concerns about the possibly carcinogenic properties of nitrites, food manufacturers turned to celery salt as a replacement.

Celery is a source of naturally occurring nitrite, and when it is dried, ground to a powder, and added to meats, it functions much the same as traditional sources of nitrites. However, food manufacturers can label their products “nitrite free” as long as they include an asterisk stating, “except for those naturally occurring nitrates and nitrites in celery powder.” In fact, there are no regulations on how much celery powder can be added to foods, so the nitrite content of “uncured” meats may actually be higher than in conventional ones. Fortunately, it is possible to cure meats using just salt and smoking.

Verdict: Avoid in meat products and instead look for non-GMO, pasture-raised bacon with only pork and salt as the ingredients.

Folic Acid
Folate is a B vitamin that is critical for health, especially for preventing neural tube defects in babies. It occurs naturally in whole grains, but processing and refining destroys it. Many countries, including the United States, mandate that it be added to enriched cereal grain products to replace what was lost in processing. Unfortunately, the form that is added is a synthetic one, folic acid, whereas our bodies need the methylated form, folate. Many people don’t convert synthetic folic acid into folate very well, resulting in high levels of circulating unmetabolized folic acid, which can mask a true folate deficiency.

Avoiding conventional flour products will eliminate most sources of synthetic folic acid. You can make sure you are getting enough folate in your diet by consuming plenty of fresh, unprocessed foods, especially green vegetables, liver, and legumes. If you want to supercharge your folate intake, sprout your beans: research shows that sprouted mung beans have three to four times the folate content of unsprouted.

Verdict: Avoid this synthetic form found in processed and refined foods and focus on natural folate intake via whole foods instead.

Iron
Did you know that there is so much added iron in breakfast cereal that you can see it using a magnet? Iron is a vital component of red blood cells, enabling them to transport oxygen to the body, but it’s a double-edged sword. Just like iron nails get rusty when exposed to water and air, iron in the body can oxidize and create free radicals, which damage the body.

Blood loss is the primary way that the body gets rid of excess iron, so men and non-menstruating women should be mindful of their intake.

What to Keep in Mind When You Head to the Store

When in doubt, the fewer additives in food the better. Opt for fresh, local produce and pasture-raised meats. Sweeten foods with natural, unrefined sweeteners like maple syrup, raw honey, and dates. Time-honored food preservation methods such as lacto-fermentation and sprouting actually enhance the nutrient content of foods instead of adding questionable ingredients.

But remember, it’s not about perfection. Our bodies have an amazing ability to process and detoxify less-than-ideal components in food in the context of an overall nutrient-dense, whole foods diet supplemented with plenty of fresh air, movement, sunlight, and social connection. 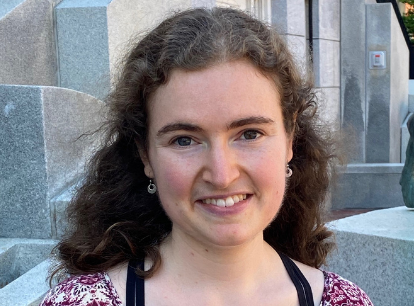 About the Author: Lili Hanft is a certified Functional Nutritional Therapy Practitioner. She is passionate about the power of real food to support the body’s innate ability to heal, and she believes that nourishing ourselves with nutrient-dense foods can be a profound source of joy and empowerment.

When working with patients at GrassRoots, Lili emphasizes education on the “whys” behind nutritional recommendations, as well as support with the practical steps of dietary change.