The Lyme Disease and Autoimmune Connection 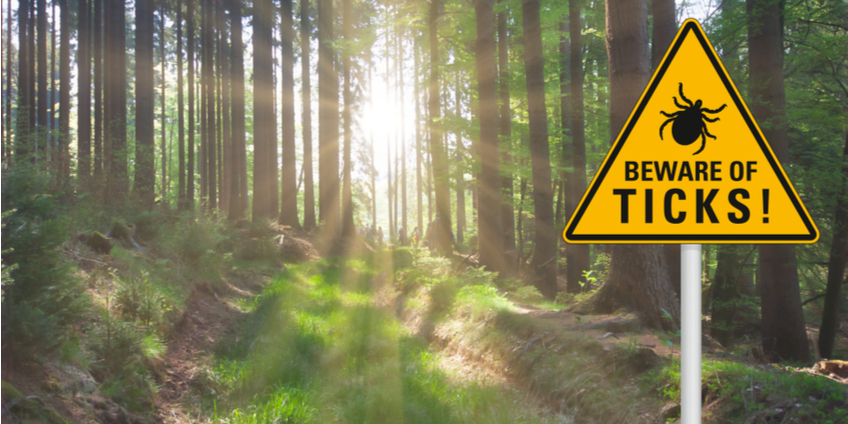 Does this sound familiar?

A patient recently came into my clinic here in New Hampshire who was dealing with chronic joint and muscle pain throughout her body, debilitating fatigue, she couldn’t sleep, and her days were starting to be consumed by her poor health.

She had been to multiple doctors and specialists who didn’t give her any answers and was finally found to have a positive ANA (which is an autoimmune marker) by a rheumatologist.

She was told she had autoimmunity and there were no treatment options other than immunosuppressant drugs to shut down the immune system and stop the attack. When she asked the specialist what causes autoimmunity he simply told her it was genetic. When she asked what nutritional approach she should take he said diet doesn’t matter.

As she shared her story in her 80-minute new patient appointment, I started putting the pieces together and ordered a few tests.

The results showed she had been exposed to Lyme disease, a test she had begged multiple doctors to run, but they all refused.

Unfortunately, I see this pretty frequently in my clinic because Lyme is so often missed or overlooked.

And as I’m about to explain, there are a lot of misconceptions about it! But once patients uncover it and take a comprehensive approach to treating it, it can make all the difference in their recovery!

So let’s get into what Lyme disease is, how it leads to autoimmunity, and how to treat it and restore optimal immune function.

What is Lyme Disease?

Lyme Disease is caused by a bacterial spirochete called Borrelia burgdorferi and is transmitted primarily by tick bites.

It can cause a huge variety of symptoms, including fatigue, migratory muscle and joint pain, headaches, memory issues, numbness and tingling, and other mysterious neurological symptoms.

Lyme’s nickname is “the great imitator” because the symptoms it causes can be so vague and many of them overlap with other illnesses, especially autoimmune diseases.

It is not uncommon to find patients diagnosed with autoimmunity that actually have Lyme disease and vise versa, or they have both and are only diagnosed with one.

A lot of people think that Lyme disease is relatively rare, but it’s actually one of the fastest-growing infectious diseases in the US. There are an estimated 329,000 new cases each year, which is 10x higher than the Centers for Disease Control predicted just a few years ago and a 320% increase from the 90s.

You may have also heard that the first sign of Lyme disease is a bullseye-shaped rash. However, not everyone gets this telltale rash and basic tests often don’t pick it up, which is why it’s easy for patients and doctors to miss.

The third big misconception is that it’s an acute, short-lived sickness. Most people, and honestly most doctors, think you get bitten by a tick, you get sick, you take antibiotics, and you get better.

In reality, a lot of people develop chronic persistent Lyme either because it doesn’t get diagnosed and treated, or because it isn’t fully treated and you’re left with lingering symptoms.

In these cases, there are often co-infections at play, such as Bartonella, Babesia, Mycoplasma, or Rickettsia. They are called co-infections because they are also passed on with the tick bite that transmitted the Lyme disease. They are important to identify because they can be just as problematic for your health.

The Lyme Disease and Autoimmune Connection

Once you’ve contracted Lyme disease, it suppresses your immune system, which lowers your defenses and allows it to multiply quickly and spread throughout your body. Even worse, it has the ability to hide from your immune system in your own cells.

Unfortunately, this sets you up for autoimmunity in a few different ways.

Since the bacteria are hiding inside your cells, your immune system can attack your tissues when it goes to kill off the Lyme disease, triggering an autoimmune response. This is a process known as bystander activation.

Because the infection quickly spreads throughout your body, it also leads to huge levels of systemic inflammation, which leads to and exacerbates autoimmunity.

And since your immune system is working overtime AND is suppressed from the infection, it becomes stressed out and is more likely to misfire and attack your own tissues by mistake.

How to Treat Lyme Disease to Fight Autoimmunity

I’ll be honest with you, Lyme is one of the most complex conditions to treat and it takes time and hard work.

Simply prescribing an antibiotic doesn’t do the trick once inflammation is systemic, the condition is chronic, or there are autoimmune complications involved.

You need a holistic approach that supports your immune system from the ground up so that your body can fight back against the disease and restore a normal inflammatory response.

This includes eating a nutrient-rich, anti-inflammatory diet, relieving stress, getting plenty of sleep, promoting detox, and overcoming any underlying deficiencies and imbalances.

The patient I mentioned earlier is currently leaps and bounds from where she was before. She is now living life how she wants to, as opposed to what her body and illness was letting her do before.

Rodolfo Gomez
19:11 16 Feb 20
Seth is a great human being. He has developed a process to help you from start to finish. My first meeting was about 19 mos ago at his office in Austin. We went over my personal history since I was born. Having to deal with RA has been less stressful since I met him. Through a specific diet and supplements to first detox my body, I have been able to control my pain and little by little go back to a normal life. Even though I’m not there yet, it certainly has been a blessing to have found Serh and being able to work with him towards this journey. Recommend him without any hesitation.read more

Mary Hanson
14:53 18 Sep 19
Having an a chronic illness can affect every single aspect of your life and leave you feeling extremely isolated. If you are ready to make a change and take control, Dr. Seth Osgood and his team of health professionals will be there to provide diagnosis, care and support during good and bad times. They are very responsive and proactive with "whole" patient care. You won't slip through the cracks at GrassRoots. You will see progress in the best way possible. Very greatfull to this group for giving me my life back.read more

Deb Reynolds
17:08 17 Sep 19
Wow! After years with a chronic disease leaving me with no energy and constantly fatigued, its a relief to finally find GrassRoots Functional Medicine. I feel amazing! Thank You Dr Osgood and staff.read more

Xaviera Hookway
13:23 11 Apr 19
Dr. Seth continues to give me hope on my health journey. He is thorough and creative, considering all areas of my life, not just my symptoms. During my last visit, he asked me if my latest pharmaceutical seemed to be making a difference. When I replied that I couldn’t tell, he said, “alright let’s take you off it then. I mean, the goal is not to be on anything.” It surprised me, since in my experience with medical doctors, the response would have been, “well let’s try a little longer, and see what happens.” Clearly, Seth is not in it for the pharmaceutical kickbacks he can get, he is concerned for MY welfare. His background and experience give me confidence and I’m so grateful to have a care provider like him who is not giving up on my health.read more

jamie carey
03:47 20 Dec 18
Dr. Osgood has been integral in my healing journey. I have recovered from severe eczema on my hands and face largely due to his fantastic care and support. I highly recommend his care to anyone who is looking to heal from the inside out. Dr. Osgood does discover root causes of illness and provides a solid plan towards recovery.read more

Danielle Glenn
17:39 26 Mar 18
Dr. Osgood is amazing-he develops your treatment plan with you, listening to your concerns and questions. He and his staff are so responsive and helpful. I'm so grateful for all the work they do!read more

Anne I. Ryan
15:05 25 Mar 18
Seth has many qualities of an ideal healthcare practitioner: knowledgeable, dedicated, thorough, compassionate, well-researched, positive, and a great listener, to name several. He has helped me work through some challenging health issues and reach a level of wellness I know I never would have achieved in the conventional system. He is also very willing to help with quick questions between appointments, offering a high level of support which is critical to long-term success. I highly recommend GrassRoots Functional Medicine to get to the root of your health issues!read more

Mariana Gariazzo
15:15 23 Mar 18
Dr. Osgood is a caring, sensitive, an authentic human being whose mission is clearly to empower people to be the best version of themselves. I feel immense gratitude for having found such knowledgeable functional doctor in my life! He has helped me resolve and overcome a very difficult health challenge. He possess expertise that actually finds the root cause of health problems to truly heal! I recommend GrassRoots with all my heart!read more

Kathryn Kirkham
03:46 23 Mar 18
I have been battling ME/CFS and autoimmune disease for 5 years. I lost all of my energy and enthusiasm. Most days I was consumed with “brain fog” and chronic systemic inflammation that prevented me from having enough energy or focus to work. I sought help from countless doctors without resolution. I was so relieved to find Dr. Osgood! He has multiple certifications within the field of functional medicine. He took my entire medical history into account and considers the body, mind and spirit as a whole. His unique approach to treatment is exemplified by the utmost thoroughness, compassion, and enthusiasm! Dr. Osgood solved the mystery of my complex illness by uncovering the root causes behind my diseases. His treatment plan has me well on the path toward healing. This will be the first year in several that I can resume my passion - hiking in the mountains! I am so grateful for his care!read more
See All Reviews