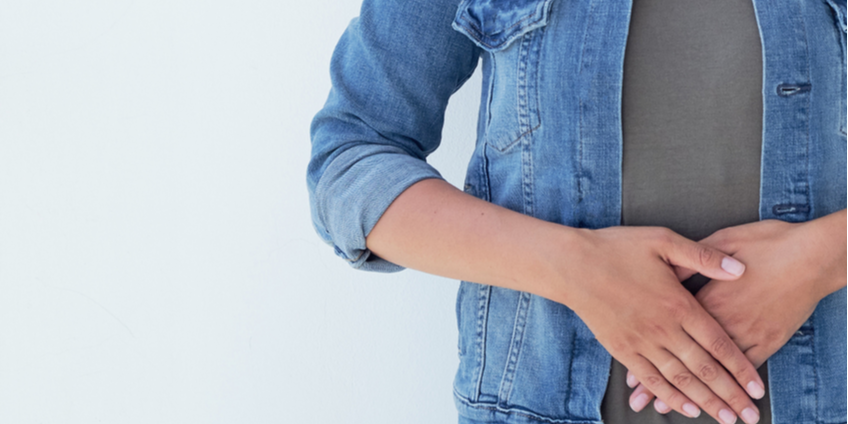 Are you familiar with the common gut infection H. pylori?

Roughly 60% of the adult population is infected with it, but most are unaware because they are asymptomatic (or think that they are).

It is best known for causing stomach ulcers, but that is actually quite rare. More recent research has linked it to several autoimmune conditions, including Hashimoto’s and Graves’ disease, but in very surprising ways!

Let’s look at what it is and the positive and negative effects on autoimmunity.

What is H. Pylori?

Helicobacter pylori (H. pylori) is a spiral shaped bacteria with an impressive ability to survive in your GI tract.

It burrows into your stomach lining and secretes urease, which neutralizes stomach acid. This makes it more hospitable for the bacteria, but inhibits digestion and the proper breakdown of food. H. pylori also reduces mucus production in the stomach, leaving the lining vulnerable to irritants from food and other microorganisms. Finally, it is known to interfere with your immune response, preventing an attack on itself.

H. pylori and its defenses cause chronic inflammation and infection in the stomach and duodenum (the upper part of the small intestine).

Hallmark symptoms of an H. pylori infection include:

How H. Pylori Leads to Autoimmunity and Thyroid Disorders

If you’ve been following along with my podcast episodes and articles, you’ve heard me talk about the HUGE importance of gut health. Your gut is home to nearly 80% of your immune system, houses trillions of microorganisms, is where you absorb vital nutrients, and produces a vast number of neurotransmitters.

The havoc H. pylori wreaks on your digestive system can have serious consequences downstream.

For starters, when your stomach acid (HCL) levels are low, your food isn’t properly broken down, digested, and absorbed. This can lead to deficiencies in nutrients needed for immune and thyroid function.

The undigested food left sitting in your GI tract can also become a feeding frenzy for opportunistic bacteria, which are now better able to grow since the H. pylori decreased your HCL levels. These two factors combined can lead to Small Intestinal Bacterial Overgrowth (SIBO), a gut infection shown to be an underlying root cause for 50% of patients with Hashimoto’s (an autoimmune thyroid condition).

Zooming out even further, SIBO and the damage caused to the intestinal lining by H. pylori can both cause leaky gut. This is the phenomenon where the tight junctions of your gut lining open up and allow proteins, viruses, toxins, and bacteria to enter your bloodstream. Research has shown that leaky gut is one of three factors behind every autoimmune disease, including Hashimoto’s and Graves’ disease.

Finally, H. pylori is one of several infections known to trigger an autoimmune attack directly. Scientists aren’t sure of the exact mechanism behind the attack, but a leading theory is that the H. pylori bacteria looks similar enough to some of your own tissues (including thyroid tissue) that your immune system attacks them while going after the infection.

Because of these factors, I have seen many patients with autoimmunity or thyroid conditions improve significantly after treating their H. pylori.

The Protective Effects of H. Pylori

Ok, that all sounds pretty bad and like we should definitely eradicate H. pylori when a patient presents with it…right? Not so fast.

Last year I hosted a video training on the complicated relationship between infections and autoimmunity. I walked through some of the fascinating literature showing that some infections may trigger certain autoimmune conditions while protecting against others.

H. pylori in particular has been identified as a trigger for rheumatoid arthritis, lupus, and psoriasis, and others, but has been shown to protect against conditions like MS and IBD! This implies that treating H. pylori may cause more harm than good, depending on the circumstances.

To Treat or Not to Treat

So what’s the verdict? If your provider uncovers H. pylori in a stool test, should you treat it or leave it?

That depends on YOU. Each case is unique and the right decision depends on your history, your symptoms, your past experiences. If your H. pylori is symptomatic and you’re dealing with reflux or pain, treatment will likely make you feel better.

If you’ve taken steps like optimizing your diet, managing stress, supporting detoxification, and getting proper sleep, yet you’re still feeling poorly or your antibody levels are high, it may also be worth treating. If you’ve followed a functional protocol and are feeling great, then you may want to let it be!

The beauty of functional medicine is that it is personalized for each patient! In our Adaptation Program we spend 80 minutes reviewing your history in your first appointment, then use comprehensive testing to gather as much information as possible, and work with you to create a protocol that fits your needs and goals.

Want to work with Dr. Osgood and the GrassRoots team? Check out our Adaptation Program and book your free discovery call to find out if you’re the right fit.