The Link Between EBV and Autoimmune Disease 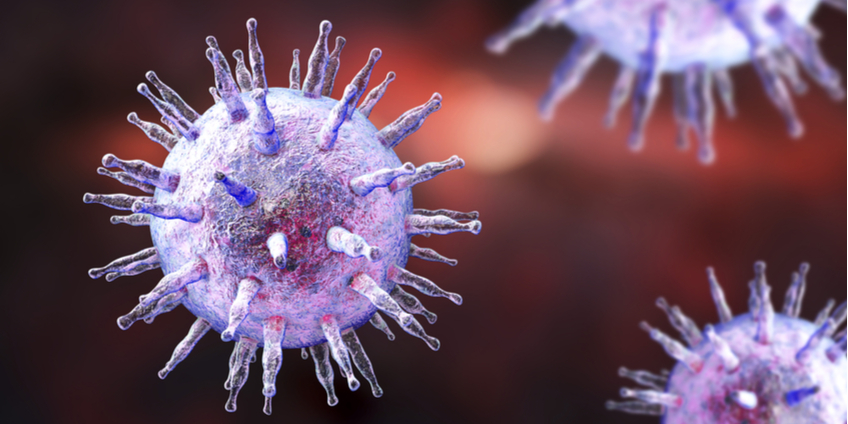 You’ve likely heard that mono, or the Epstein Barr Virus (EBV), is linked to autoimmune disease.

But what exactly is it, how does it cause or flare autoimmunity, and what can you do about it?

EBV, which is sometimes called the “kissing disease”, is part of the herpes family, but it doesn’t lead to any sores or blisters.

Symptoms include fatigue, a sore throat, headaches, fever, and muscle aches, so it looks a lot like a cold and it is extremely common!

Approximately 90-95% of people contract it by adulthood, and it is most common in childhood and adolescence.

However, it is often subclinical in children, meaning you don’t have symptoms. So there’s a good chance you had it as a child or teen without realizing it.

But occasionally, stress, illness, or a toxic exposure reignites it. This is when it triggers or worsens autoimmunity.

How Does EBV Trigger Autoimmune Disease?

The short answer is that we don’t exactly know yet, but we’re getting closer to finding out.

There is a lot of research showing that viral and bacterial infections, especially EBV, are linked to autoimmune disease, but not how.

A meta-analysis of over 25 studies found EBV present in 100% of patients with multiple sclerosis. It also showed that higher levels of EBV antibodies seem to predict MS symptoms and flare-ups.

Experts have 3 leading theories about how infections lead to autoimmunity, and a new study published in April 2018 revealed some interesting discoveries about EBV in particular.

The study found that EBV infected cells may “turn on” genes that cause your immune system to misfire and attack your own body.

It specifically found that EBV turned on genes linked to

How to Test for & Treat EBV

If you suspect EBV or other infections may be a root cause of your autoimmune condition, your doctor can order an infections panel to check for antibodies linked to autoimmune diseases.

In our Adaptation Program, when we uncover underlying infections we use targeted herbal therapies, including antivirals and antimicrobials, to kill off the infection.

For reactivated EBV in particular, I like to use natural antiviral herbal tinctures like Byron White A-EB/H6 or homeopathic complexes like the Epstein-Barr Virus Series Symptom Relief Kit from Desbio. These formulas have natural ingredients to reduce your viral load and regulate immune function.

At the same time, we are always focusing on supporting your gut microbiome with probiotics and a diverse array of fermented food, prebiotics and resistant starches.

You also want to give your immune system plenty of support by eating a nutrient-rich, anti-inflammatory diet, relieving stress, and promoting detox so it can defend against infections without triggering an autoimmune response.