It is incredibly common for one disease to be confused with another because of common or overlapping signs and symptoms. These diagnosis errors can lead to improper treatment and years of frustration when symptoms don’t improve or even worsen.

This was Tim’s story. After struggling with increasingly debilitating symptoms for four years, he was ultimately diagnosed with Parkinson’s disease. This was a hard blow, as Tim is very passionate about leading an active lifestyle and these symptoms were restricting his ability to do the activities he loves. He wasn’t satisfied with the prognosis he received from other providers so he sought out GrassRoots Functional Medicine for an alternative approach that would hopefully allow him to live life to the fullest OR that would hopefully help him to recover instead of managing his illness (or something along those lines).

If you’ve been in a situation like Tim, where you suffer for months or years with symptoms that can’t be explained or you want to explore treatment options, let this story be your inspiration to try a different approach!

Searching for the Root Cause Led to a Surprising Discovery

As with all our new patients, I sat down with Tim to learn more about his story. We discussed his full medical history, and from this information it was clear that there was some additional testing to try.

At GrassRoots, we typically recommend a more extensive range of testing than traditional providers do and as a result we can pick up on things that are easily missed otherwise. In our work with patients, we’ve seen that this comprehensive testing allows us to see the bigger picture more clearly and ultimately provide our patients with a more complete and effective diagnosis and treatment plan.

Tim’s tests revealed that he was positive for active Lyme Disease and other infections. He had seen multiple doctors and specialists during the previous four years, yet no one had suggested testing for Lyme disease.

Lyme disease and its co-infections mimic over 300 other diseases, fooling doctors into treating patients for: Fibromyalgia, Multiple Sclerosis, Lou Gehrig’s disease, Chronic Fatigue Syndrome (ME/CFS), Lupus, Anxiety, Gastro diseases, Psychological illnesses, and many other diagnoses. With the right testing, we were able to pinpoint the root cause of Tim’s issues and create a treatment plan that would help him.

On the Road to Healing

After receiving an accurate diagnosis, the hard work really began. It would be unfair of us to say that the work of healing is an easy process. However, we can assure you that we’ll be with you every step of the way.

In learning more about Lyme disease after his diagnosis, Tim finally found an explanation for so many of the symptoms he experienced over the previous four years. He also gained confidence in the path forward. With the help of our team and the Adaptation Plus Program, Tim saw improvement with some of his worst symptoms and is continuing to move in a positive direction toward full healing.

The Adaption Plus Program was a huge turning point for his healing journey, and it all started with an accurate diagnosis.

As Tim put it himself:

“I wouldn’t have made the progress I have without becoming a patient at GrassRoots and am so happy to be on the path to recovery. In addition to regular appointments, I have access to the whole team for updates, questions, medication changes and other resources, tools and guidance. I no longer feel alone on this journey, GrassRoots is with me supporting me every step of the way. Joining the GrassRoots Adaption Plus Program was the best thing I could have done to help with my healing and recovery, and I totally recommend them to anyone who wants to feel better and get to the root cause of their health issues.”

Thanks to his hard work, Tim is now well on his way to regaining his active lifestyle! 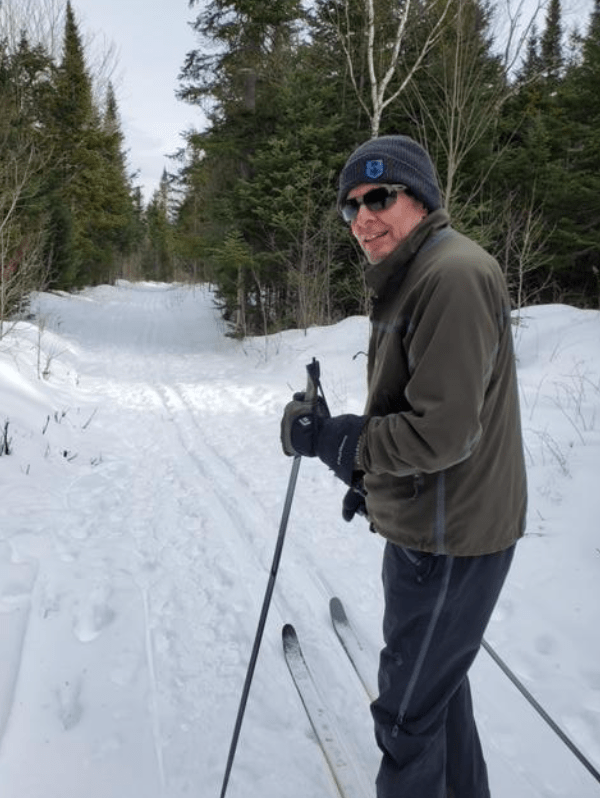 As with so many of our patients, the proper diagnosis can change everything. It is all too common for the root cause to be overlooked and have patients treated only for symptom management. However, when we look more closely and really work to see the full picture, we get the chance to find that root cause and begin the process of restoring and transforming your health for good.

How the Adaptation Program Can Help

In our Adaptation Program, we come alongside you to provide guidance, support, and accountability as we work together to restore your health.

We see our work with our patients as a partnership and truly want to see you succeed. As part of the program, you’ll learn how to address any and all issues you’re facing through lifestyle strategies, personalized nutrition and supplement recommendations, and access to our ever growing GrassRoots community.