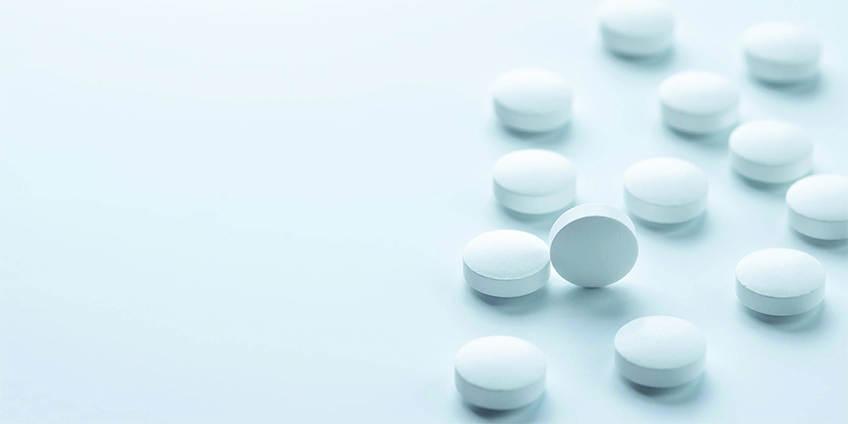 Anyone who’s experienced Lyme disease can tell you that it’s a really tough infection. It’s difficult to pick up on, the symptoms can be crippling, it can trigger a lot of complications (including autoimmunity) and it’s challenging to treat.

In the last 2 years, new research has come out showing the medication Disulfiram might finally offer a breakthrough for some patients suffering from chronic Lyme.

Today I want to share what I’ve learned about this promising new treatment, including the potential benefits, risks, and considerations to address with your doctor.

Disulfiram is a medication that has traditionally been used to treat alcoholism because it causes you to become severely ill if you drink alcohol.

It essentially causes an intense hangover by blocking one of the enzymes used to break alcohol down.

In 2016, a lab at Stanford University was studying the effects of drug candidates on borrelia burgdorferi, the bacteria that causes Lyme disease, and found that disulfiram showed a lot of promise.

Building off of that, Dr. Kim Lewis, the leader of Northeastern University’s Antimicrobial Discovery Center, and his team compared disulfiram to a few well-known drugs used to treat borrelia. They found that it completely sterilized the culture, meaning it killed off all of the Lyme-causing bacteria. 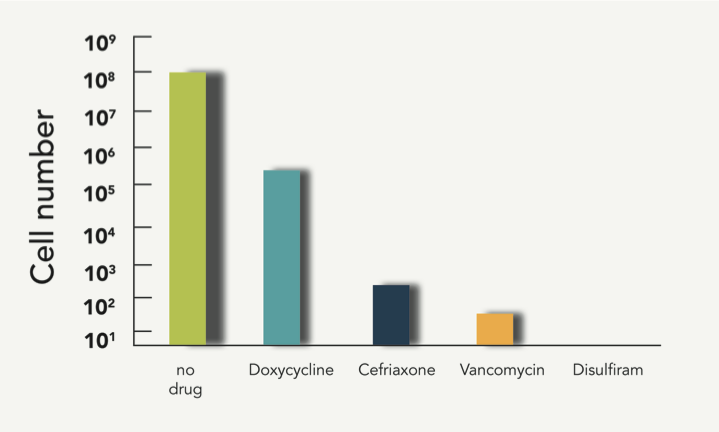 The research above was presented at a conference and recorded for YouTube, where a patient in New York saw it and asked to be treated with it by his doctor, Dr. Ken Liegner.

This patient had been diagnosed with Lyme disease and babesiosis, and was treated with multiple antibiotics and even IVIG (intravenous immunoglobulin therapy) for about 9 years.

His treatments were initially successful and he was making clinical progress, but every time they tried to discontinue, his symptoms came back full force. He was desperate and wanted to try something different, which is how he stumbled upon the YouTube video about disulfiram.

Dr. Liegner agreed to try Disulfiram treatment with the patient under careful monitoring. They began with the traditional dose for alcoholics, 500 mg daily, and worked together to lower his antibiotic therapy.

After four months on Disulfiram, the patient declared he was cured and stopped the Disulfiram treatment. Over 2.5 years later, he’s still symptom-free.

Since then, Dr. Liegner has gone on to use the treatment with numerous other patients and other practitioners have begun using it as well.

Potential Risks and Side Effects of Disulfiram for Lyme Patients

As with any drug, there is the potential for complications and side effects. Serious side effects aren’t common, but they can include neuropathy and optic neuritis.

There have been reported cases of psychosis in patients taking Disfulfiram, including the very first trial patient. The practitioners I’ve talked to who are using this therapy haven’t seen this in their patients but it is something to be aware of.

There is also some evidence that the medication can be neurotoxic due to an excess of copper. Some patients are prophylactically taking zinc, which can offset some of the problems caused by copper.

Other potential side effects include drowsiness, weight gain, headaches, rashes, and a metallic taste in your mouth.

Practitioners and patients have found that many of these problematic side effects correlate with how aggressive the therapy is. In their experience, starting at a low dose and building up can often negate these effects.

It is important to avoid ANY products containing alcohol as they can trigger that “disulfiram reaction” and make you feel really ill. This includes beer, wine, and liquor, drinks, but it also includes products like mouthwash, cooking vinegar, perfumes, certain medications, and foods with sugar alcohols, vinegar, extracts, and other ingredients that can contain alcohol.

Key Takeaways to Leave You With

I want to leave you with a few bullet points that I’ve gathered from researching this therapy and speaking directly with practitioners and pharmacists who’ve had a lot of experience with this in the last year and a half.